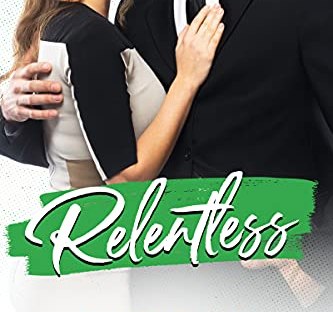 I should’ve taken her insurance information and driven off like any reasonable CEO with places to be would.

She crashed into my car, for heaven’s sake.Becauseshe had to sneeze.

What did I do? I didn’t get in my car and drive away if that’s what you’re thinking.

Nope. I stuck around. I could suggest I stayed because she needed help, but the truth? She was really, really hot.

We became fast friends. Then friends with benefits. Before I knew it, we were involved in an illicit office romance that had me fumbling through a drawerful of panties to get a Post-It.

It was supposed to be easy—a fling, if you will. A dashing millionaire hero (*adjusts tie*) and a beautiful (stubborn, frustratingly independent, hell-on-wheels) damsel in distress. (Don’t tell her I said that.)

It wasn’t supposed to be forever, but we did want a happy ending. (Pun intended.) We could’ve made it work, too.

But one of us overcomplicated things with the L-word. And the other? They omitted a truth that changed everything.

Nobody beats Adriana Locke when it comes to writing families. She makes me like each book better than the last, which is no small feat. I was so taken with Coy but didn’t think anyone could beat Boon until I got to Oliver’s story. There’s only one way to describe him: dreamy (sigh). It wasn’t just Oliver, Shaye is amazing. I like each heroine more than the last, same as the Mason brothers, and this book was no exception. She’s smitten but vulnerable, which is magnified exponentially since the man she’s so attracted to is her new boss.

Locke has a way of tugging at my heartstrings without it feeling like a bummer, which is huge for me because I don’t do sad. If I want a depressing read that will bring me to tears, I’ll read the news. Even a HEA is conditional on the middle not being too much of a bummer because there’s no coming back from utter despair. But Locke’s characters always give me the feels without ruining my fun, which I absolutely love. I never get enough of her books and my only gripe is that I want them to be about thirty more chapters.

I discovered the Mason family when I met Larissa Mason in The Relationship Pact and every book since the first has been better than the last. I wish there were more Mason brothers so this series could continue forever.