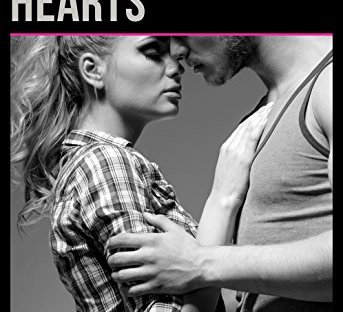 After escaping an abusive relationship, Amanda finds work on a remote farm in rural Minnesota.  Eager for a fresh start, she tries to will her nightmares away.  She also tries to stop daydreaming about her hot boss’s hard, chiseled body.  His abrasive personality is off putting, but he’s sure easy on the eyes.

Hardworking and hard-headed, Nate is determined to save his family’s farm from financial ruin.  The last thing he needs is some city girl getting underfoot.  Sure, Amanda is a breath of fresh air.  She’s also the prettiest little thing he’s ever seen.  But Nate doesn’t do romance.  So why can’t he stop thinking about her?

This was a nice story and not as clichéd as I expected. The way it opens with the Amanda being on the run and Nate being presented as a gruff man of few words, I really thought this was going to be boring and predictable but was in for a nice surprise.

There’s more to the story and more depth to the characters than I expected. The story is told solely told from Amanda’s point of view and I think it would’ve added a lot to see some of this unfolding from Nate’s perspective, especially because of how cagey the author was about Amanda’s past. It’s understandable that she isn’t immediately comfortable telling Nate about the abuse she suffered at the hand of her ex but she didn’t share it with the readers either, which annoyed me. We find out when she tells Nate and that’s a missed opportunity.

Those would have been the perfect times to change POV and know what Nate was thinking and how he was feeling but we didn’t get that at all. I realize dual POV is kind of a niche thing and not everyone does it but Amanda’s POV would have been more engaging to readers had we been privy to her thoughts. Giving readers that insight even when she won’t share it with other characters would have added another dimension to the story.

That said, I don’t want to give the impression that I didn’t like it because this was an interesting story with good characters and I enjoyed it. These characters just didn’t pull me in as so many others have, though. I’m almost always sad when books end but I was okay with it here because I wasn’t invested enough in anyone to want more.